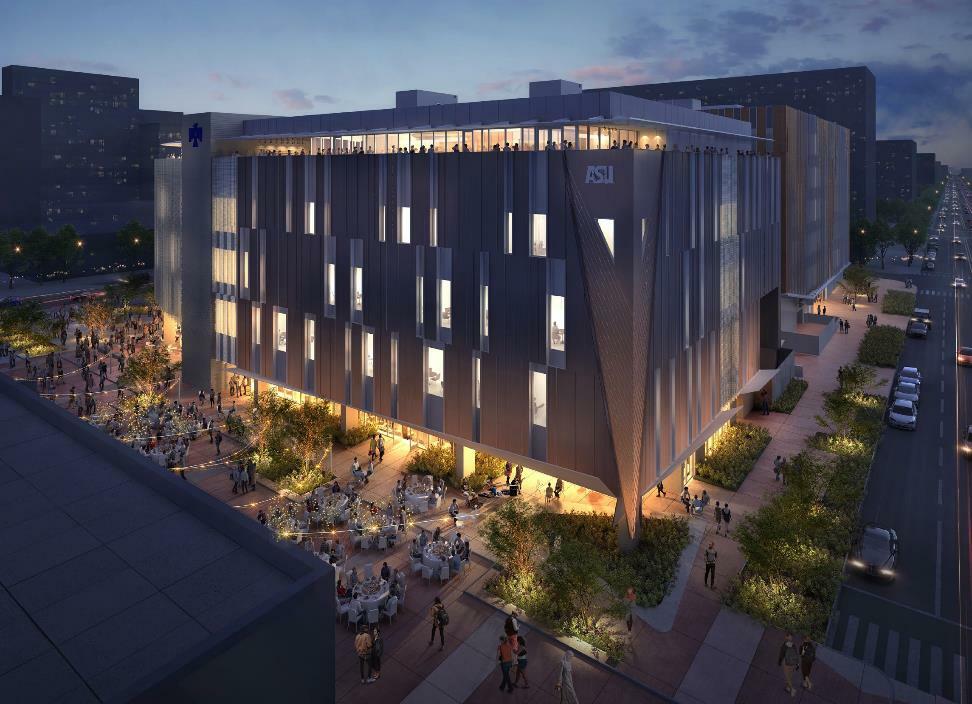 Arizona’s own Thunderbird School of Global Management is about to start construction of a new five-story high-tech headquarters in downtown Phoenix that will be the centerpoint of a strategic global expansion.

The school already has hubs in places like Tokyo, Moscow, Geneva and Dubai. Now, it’s spreading its tentacles further with a goal to have 20 global centers in major cities across the world by 2025.

It’s all part of an initiative called “Reinventing Thunderbird” manned by Dr. Sanjeev Khagram, who was appointed director general and dean last year to usher in a new era for the 73-year-old institution.

Its founding mission will remain: to bring peace to the world through free trade and commerce.

“Having a permanent global headquarters located in the heart of America’s fifth-largest and fastest-growing city allows us to provide our students with even more new educational experiences across sectors and disciplines,” Khagram said. “T-birds have new opportunities to collaborate with corporate, governmental and nonprofit organizations that have a presence in downtown Phoenix.”

The school was acquired by Arizona State University (ASU) four years ago and its new headquarters will be located in the middle of the university’s downtown campus.

Estimated to cost about $75 million, the new building will be equipped with technology that will allow students, visiting leaders, government officials and others to “meet” and collaborate in real time on a global scale, school officials said. An Innovation Center will have a global situation room, virtual reality suites and cutting edge language immersion technologies.

The new downtown digs also will have a rooftop pub – a resurrection of the original Thunderbird Pub at the school’s Glendale campus.

A groundbreaking is slated for Oct. 7. ASU President Michael Crow and Phoenix Mayor Kate Gallego are expected to be on hand to cheer the project on.

“Thunderbird expanding its presence in Downtown Phoenix is about more than just a new building – it is about tapping into Phoenix’s position as a global city,” Mayor Gallego said. “Everyday our city is attracting more companies that compete on an international scale and Thunderbird is training the next generation of these global business leaders.” 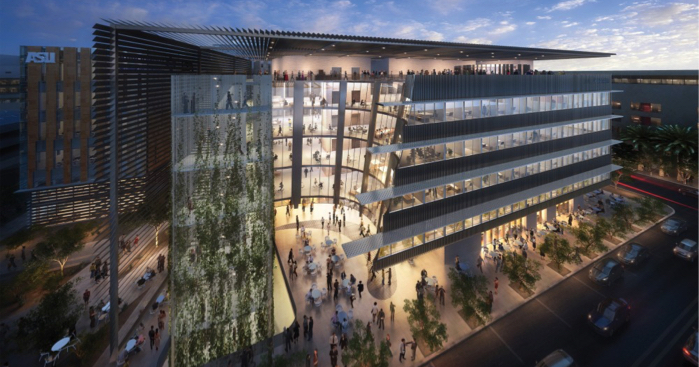 New degrees for winning in the world of business

The new building will have the capacity to serve 500 students. Its opening date is slated for 2021, when the institution will celebrate its 75th anniversary.

As part of its reinvention, the business school is announcing new offerings to tie in with downtown Phoenix’s reputation as a growing international business center and technology hub.

One of the new programs will take students around the world in one year.

The new Executive Master of Global Leadership and Strategy targets senior managers and executives intent on moving into the C-suite, said Tomas Bilbao, executive director of branding and communications.

The 30-credit year-long program begins in January and engages students for one week each at hubs in Phoenix/Los Angeles, Geneva, Mumbai, Shanghai, Nairobi, and Sao Paulo.

While many top M.B.A. schools across the nation are reporting significant declines in applications, Thunderbird is experiencing the opposite.

The school’s flagship Master of Global Management saw 50 percent growth to 122 students from last year. It was named the No. 1 Master’s in Management in the 2019 Times Higher Education/Wall Street Journal World University Rankings.

A new online undergraduate Global Management degree is also quickly gaining speed. Since launching in May, 118 students have enrolled.

Today, the school has 45,000 alumni in 145 countries. The new global hubs will act as centers for executive education, research, alumni and community outreach and student recruitment.

Bilbao said the expansion is transforming the school into the “first truly multinational” business school.

“Thunderbird has always been a place that brings together leaders from around the world to train them to go back into the world to shape the business environment,” Bilbao said.